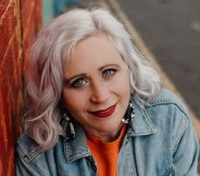 POPULAR UK worship leader Lou Fellingham has announced "three creative rethinks" of songs from her latest album, 'Made For You'. The first release is a "moving stripped-back arrangement of 'Miracle Or Not' featuring prominent piano parts and strings". Said Fellingham, "One thing I'm sure of though is that our hope has to be in him, the miracle Maker, not the miracle itself. The miracle will come and go but he will be around forever." Other songs in the series will be "Jesus You're With Us" and "Ready For You", to be released in December and January respectively.