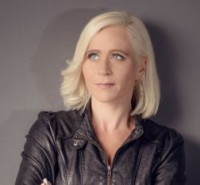 BRITAIN'S leading worship leader Lou Fellingham is showcased on a 16-song compilation album, released through Integrity Music. 'Ultimate Collection' spans Fellingham's solo career with songs penned by Lou or her husband, Nathan Fellingham, with whom she formed the worship band Phatfish. Recording both with Phatfish and as solo artist, Lou has been leading others in praise and worship for over 20 years.