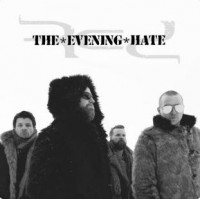 GRAMMY-nominated rock band Red released their latest single "The Evening Hate" on 7th June, on their newly formed Red Entertainment label. "The Evening Hate" was a phrase used by frontline World War I soldiers who spent time sheltering from warfare in trenches. Bassist Randy Armstrong said, "Without hate, the world would never know what true love really is." Red Entertainment has paired with The Fuel Music for distribution to streaming services.