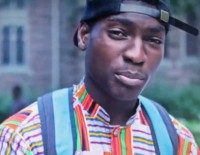 ROLE MODEL Records, whose roster already includes Shope and Dru Bex, have signed Canadian rapper Lord Badu. Said the Toronto-based artist, "These guys are solid in the faith and just dope artists in general. They have a resume of being around for seven years making Christ-centered music and I'm just so glad to be part of that legacy."