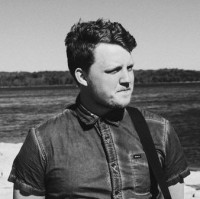 A SINGER/songwriter from Grand Rapids, Michigan, Chris Renzema, has signed with US indi label Centricity Music. Read a press release, "His self-produced indie albums have brought worship songs to churches across the country and made a strong impact on digital listeners. Renzema, 23, is now working on new music to be released next year."