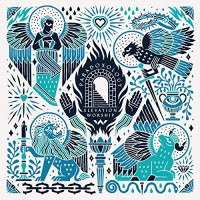 NORTH Carolina hit-makers Elevation Worship have released the single "With You" from their nine-track 'Paradoxology' album. "With You" is a new song, but many of the other tracks will be familiar to Elevation Worship fans as they are reimagined versions of songs which first appeared on their album, 'Hallelujah Here Below'.