No Hold On Me 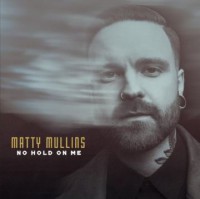 THE FRONTMAN of popular metalcore band Memphis May Fire, Matty Mullins, has released a CCM single, "No Hold On Me". It is released on Black River Christian. Said Mullins, who has previously had his songs "You Can" and "Brand New Fire" playlisted on Cross Rhythms, "Christian music has been a constant reminder of God's goodness in my life, so having the opportunity to write songs like this is such a blessing. I'm so thankful that Black River Christian will be releasing this song to the world. Working with a new label is much like joining a new family and I've never felt more at home. May the Lord be glorified whenever and wherever this song is played!"