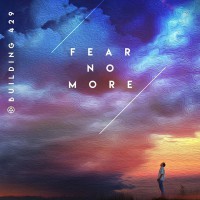 GRAMMY-nominated CCM band Building 429 will release their next single "Fear No More" on their newly formed 3rd Wave Music. To be issued on 5th April, the single will receive distribution from The Fuel Music. Speaking about the track, the band's frontman Jason Roy said, "I wanted to write a song that spoke to the reality that, many times, the things we wouldn't ever choose actually lead us directly into the most beautiful, life altering moments where the reality of God's presence is beyond a doubt. Whatever challenge you may be facing in this time, I hope this song reminds you that God is with you in the trial, that while every great book has moments of doubt, the hero is always with us, and the final chapter is yet to be written."