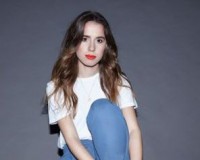 ALL FIVE singles released by Brighton's Elle Limebear, daughter of Martin Smith, have been released by the Provident Label Group on a self-titled EP. The sixth song on the project is "Love Song" by One Sonic Society, a single on which Elle guested.