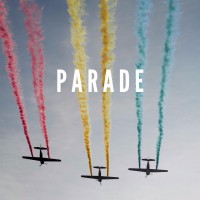 MUCH playlisted rapper James Gardin, from Michigan, has released a single, "Parade", produced by EssBe. Read a press release, "'Parade' is the perfect anthem to get you pumped up before a game, job interview and whatever the next thing you plan on conquering. Play this song when you feel good, play it when you feel bad. Allow the words to encourage you, and don't let anyone rain on your parade."