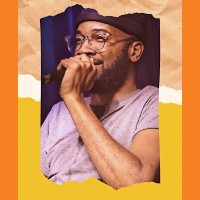 MICHIGAN-based rapper James Gardin has released a single, "Mantra Of The Visionary". Talking about the theme of the track Gardin said, "Self-talk should be our first line of defence when we're trying to live our best lives. It said in Proverbs that 'death and life are in the power of the tongue'." "Mantra Of The Visionary" was produced by KuroiOto.