Half of LoveCollide, Brooke, releases "Talk To Me" single 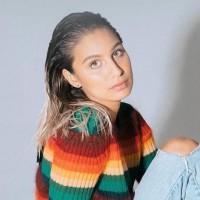 NORTH CAROLINA-based singer Brooke Deleary, who is half of the duo LoveCollide who in November issued a radio edit single "Undeniable", has added a second string to her bow with the release of a single. Speaking about the single/video for "Talk To Me", credited to Brooke, she said, "This feels so weird finally getting this out there. I've been sitting on this song, hiding it in my closet, rejecting the advice of friends telling me to just get some courage and release it for almost three years now."

For more on Brooke visit the Brooke artist profile