Out Of The Closet 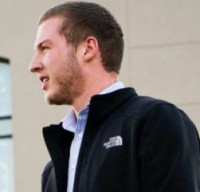 A SINGER/songwriter from Kentucky, Seth Crane, has released his debut single, "I Surrender". The song is the title track of an upcoming album. Said Crane, "Through some really dark times, the words 'Crying out to the Father up above' came to my heart and the song 'I Surrender' was written. I began writing, singing, playing, recording and mixing music on my cell phone in my closet. Nine more songs followed as the idea of putting together a CD began to come to life. Each step of this journey has been a process and a walk of faith. I have not known what the next step would be and I do not know what the next step will be. I only know what this step is, right now. So, I step in it with prayer and with a heart seeking and striving to be obedient to the Lord's calling and direction."