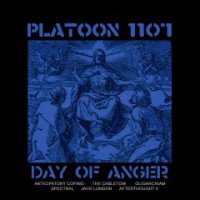 THE FOURTH part of 'Days Of Anger' by San Diego-based punk rockers Platoon 1107 has been released. Read a press release, "Part 4 combines five songs into a single track spanning approximately four minutes of intensity and aggression."