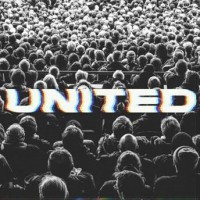 THE EAGERLY awaited new album by Australia's Hillsong United, 'People', is to be released on 26th April. A single from the project, "Another In The Fire", has been issued. The Hillsong United song "So Will I (100 Billion X)" has received RIAA Gold certification with over 108 million career streams. A US arena tour for the band kicks off on 25th April. Talking about the 'People' album United's Joel Houston said, "The hope for the project is simply understanding the power of music as a means of bringing people together, and letting it serve as a reminder that in our culture - the call to love our neighbor is a revolutionary act that perhaps rings louder now than ever. If there's one thing that music can do better than anything else on earth, it is its innate ability to unify people. It's the essence at the heart of what United has always been about and what we want this project to represent more than anything - bringing people together, from every different walk of life, with all our differing experiences, circumstances and perspectives, and finding songs that give us reason to sing as individuals with a common voice."