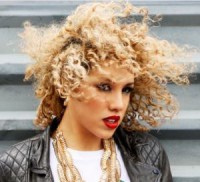 AWARD-winning singer/songwriter Philippa Hanna and the singer whose work with LZ7 took her to national prominence, Lily-Jo, have collaborated on a new single aimed at supporting the mothers and babies of West Africa. The Sheffield and Manchester-based artists are releasing "Known" on 17th May. Read a press release, "The song carries a message of self-worth and identity for the social media age and is released in support of Compassion UK's Different Path - a matched giving appeal supporting mums and babies in Togo, West Africa."