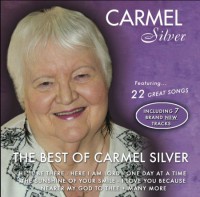 THE 83-YEAR-OLD Coventry-based Irish singer, Carmel Silver, has released a new album, 'The Best Of Carmel Silver', through Famous Records. The project was produced and arranged by Terry Bradford at his studios in France and contains seven brand new tracks.