"We Praise You", latest single by Redding, California's Bethel Music 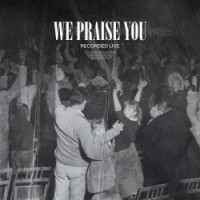 WORSHIP hitmakers Bethel Music have released the second single from their forthcoming 'God Of Revival' album. "We Praise You" features Dove Award-winning singer/songwriter Brandon Lake. The song was written by Lake along with Bethel Music co-founder Brian Johnson and acclaimed worship leaders, Britain's Matt Redman and America's Phil Wickham. It was produced by Brian Johnson and Joel Taylor, and is described as "a celebratory anthem raised amidst times of panic and uncertainty around the world, the song boldly proclaims the potency-and peace-of surrender through praise ('We'll see you break down every wall/We'll watch the giants fall/Fear cannot survive when we praise you')."