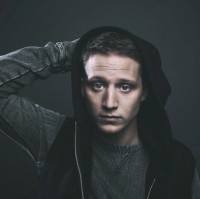 THE AMERICAN music industry was stunned when the new album by Christian rapper NF debuted at number one on USA's mainstream album chart. 'Perception' showed at the top spot on Billboard's Top 200. In addition the Michigan-based rapper and singer has seen his song "Let You Down" get over 19.5 million Spotify streams and 4.8 million YouTube plays in under three weeks while his headline show at London's Camden Assembly on 8th November sold out within minutes of it being announced.