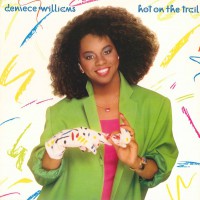 "Hot on the Trail" is not gospel album.