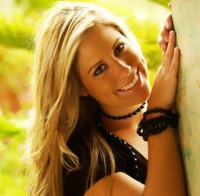 IN DECEMBER Britain's Authentic Media will be distributing the 'Revive' album by Latin Grammy nominee Lucia Parker. The project contains such songs as "We Will Not Be Silent", "My Deliverer (ftg Israel Houghton)" and "Come To Jesus (ftg Nicole Binion)".