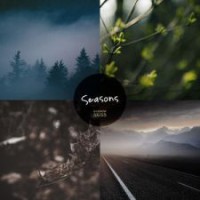 THE STOCKHOLM-based husband and wife duo, Narrow Skies, who also record under the name Salt Of The Sound, have packaged their four releases 'Midnight Horizons' (originally released May '17), 'The Fade' (August '17), 'In Hibernation' (December '17) and 'Awakening' (March '18) under the name 'Seasons'. The group describe Narrow Skies' approach as "Nordic-inspired, nature-infused, reflective ambient pop from Sweden. Organic soundscapes combine with electronic elements to evoke images of the natural world."