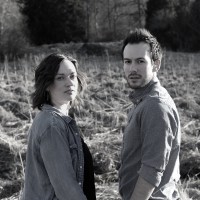 THE DUO Narrow Skies, whose music is described as "Nordic-inspired, nature-infused, reflective dream pop," will release on 25th August an EP 'The Fade'. The project is the second of four EPs inspired by the seasons. Stockholm-based Narrow Skies also record under the name Salt Of The Sound.