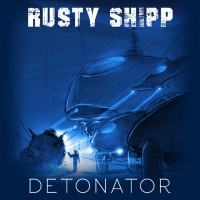 A NEW single from Nashville-based rock band Rusty Shipp will be available from 10th October. "Detonator" is the second single to be released off their forthcoming album 'Liquid Exorcist' and follows in the footsteps of previous single "Breaking Waves".