'Haven't Seen It Yet' album by Danny Gokey out in April 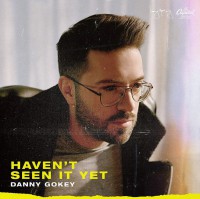 GUEST artists Mandisa and Michael W Smith are on CCM star Danny Gokey's first album release for Sparrow Records. 'Haven't Seen It Yet' is to be released on 12th April. The title track of the project is already a major hit on US Christian radio.

The title song "Haven't Seen it Yet" has been a boost to me. I hear it frequently on K-love. I lost my husband very suddenly in January. The song is a good reminder that out of the depths of my despair, the Good Lord will pull me through. I listen for the song daily and can't wait until the Album is released.