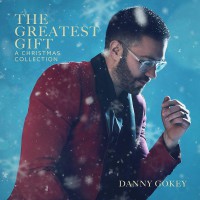 US CCM STAR Danny Gokey has released a new Christmas album. 'The Greatest Gift: A Christmas Collection', released through Sparrow Records, contains such songs as "Angels We Have Heard On High", "Silent Night" and "O Come Let Us Adore Him". This new album also features three brand new original songs written by Danny.