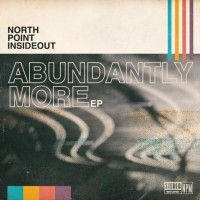 THE WORSHIP team from North Point Ministries, seven churches in Atlanta, Georgia, North Point InsideOut, are releasing the EP 'Abundantly More' on 30th August. The five-song project includes vocals by Desi Raines, Emily Harrison and Kaycee Hines with the title track featuring Seth Condrey. InsideOut member Heath Balltzglier, who co-wrote "Abundantly More" with Condrey, Matt Armstrong and Ethan Hulse, said, "The song is a reminder that in Christ, we have been given everything we need for life and godliness. Scripture says we are more than conquerors and that there is no lack in God. All the joy and the peace that I could ever need comes in seeking him and his kingdom first." As well as recording the songs in English, the team have also made Spanish-language versions which will be released on an EP, 'Mucho Mas', in the near future.