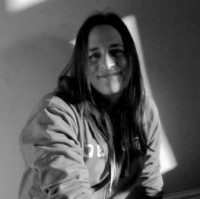 CONGLETON-based singer/songwriter Trace Taylor has released the EP 'The Yeshua Tree (1)'. It is the first of three, possibly four, six-song volumes. Said Taylor, "I have begun working on The Yeshua Tree volume two, which I am hoping for release Easter 2019. This project will showcase more of the Ibiza and devotional music projects with one, maybe two songs from the 'epic' album project." Trace is also writing a small book called From Nothing, about the connection between the visible and the invisible and writing a series of short stories to accompany her 2015 album, 'It Is Finished'.