'Equals' album by The Alarm their first for eight years 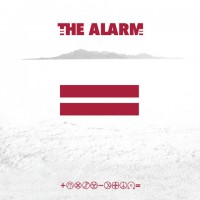 WELSH hitmaking band of the '70s, The Alarm, have released their first album in eight years, 'Equals', through The Twenty-First Century Recording Co. Read a review in RnR magazine, "Mike Peters remains a strong songwriter and, though there are many echoes here of songs by others, all 11 tracks (including 'Hell Fire', which only appears on the CD) hold their own, making 'Equals' a consistently impressive album which carries no passengers. And it's so good to see you still standing firm, Mr and Mrs Peters. Here's to the health of you and your fine album."

For more on The Alarm visit the The Alarm artist profile