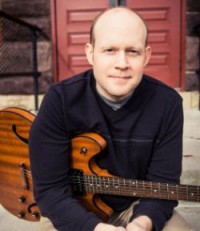 POPULAR singer, songwriter and author Rick Lee James will release his new album, 'Thunder', on 8th February. The project was produced by Chris Hoisington of Brothers McClurg at Old Bear Studio in Buffalo, New York and features 10 songs, including the title track co-written by the late Rich Mullins. Said James, "It was an honour and challenge to work on a Rich Mullins song that had not been recorded before. After Rich went to be with the Lord, Lowell [Alexander] and Phil [Naish] rewrote the verses and added a new arrangement. With the imagery in the chorus of Jesus clearing the temple, I knew it would be a fitting way to begin the album. 'Thunder' takes the listener on a liturgical path, marked by Scripture readings and a passage from the Book Of Common Prayer."