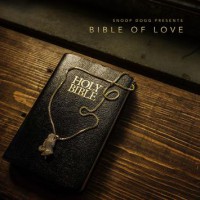 MULTI-PLATINUM selling rapper Snoop Dogg recently peaked at number one on the US Gospel Charts with his 16th album 'Bible Of Love'. The album contains 32 tracks featuring guest appearances from such gospel artists as Fred Hammond, Marvin Sapp, Mary Mary, John P Kee, Mali Music, Kim Burrell, Rance Allen and The Clark Sisters. Snoop is known for songs about drugs and sexually explicit songs about women, but served as the executive producer over the entirety of the new project. The rapper released a single from the album "Words Are Few" back in 2017. Said Snoop, "As the country is in one of its heaviest times and is so divided, I wanted to make an album that spreads love and unity around the world. . . It's always been on my heart. I just never got round to it because I always be doing gangsta business."