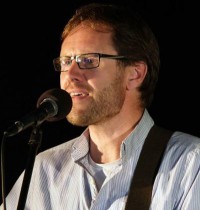 BRITISH roots/acoustic singer/songwriter Gareth Davies-Jones is undertaking a spring tour, which includes dates in Northallerton, Chatham and concludes in Sunderland on 18th May. In March Gareth travelled to Ethiopia to take part in a week-long ethnomusicology workshop encouraging around 30 musicians from the Gamo (pronounced Gaa-mo) peoples group to use their own language, music and culture in writing songs to express their faith and sense of community.

On 10th April, Gareth, along with such artists as Tom McGuinness, Norman Cornish and Bob Ollie, will be featured on a digital EP responding musically to the opening of County Durham's first Mining Art Gallery.