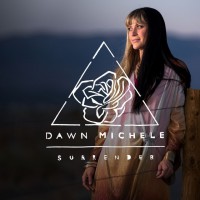 DESPITE PledgeMusic suspending their operations after many artists didn't get their fan-funding payments, Fireflight's frontwoman Dawn Michele, who was funding her solo debut album 'Surrender', has pushed on with the release of the project. In an Instagram post this week, Dawn revealed that she still hasn't received the funds promised her by PledgeMusic and that the site's attempt to be bought out had fallen through. The singer decided to take out personal loans to help fulfil pledgers' purchases, but this has left her with an overwhelming financial problem.