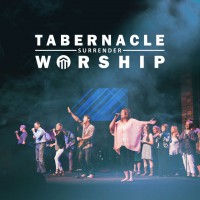 THE WORSHIP team at Tabernacle Baptist Church in Ennis, Texas, Tabernacle Worship, have released an album of original songs. Said worship pastor Brandon Hixson, "The album, 'Surrender', has taken over a year to write, record and produce. I really wanted to write songs for my team. I love writing and recording songs for myself but I wanted the challenge of writing songs for other people. Every week, we were either writing, recording, shooting a music video or editing. It was exhausting, but hearing all 14 of the songs on a finished product is a huge reward for me and my team!" Co-writer on the project was Eva Wilson.