The God Who Stays

"The God Who Stays" single by Matthew West released 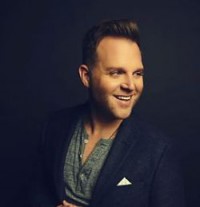 AWARD-WINNING singer/songwriter Matthew West has released a brand new song and video, "The God Who Stays". West, who has recently joined Provident Label Group/Sony Music, said, "I am so excited to have a new season of new music ushered in by the first single 'The God Who Stays'. It started as an honest, late night conversation with God. I was sitting at the piano in my house playing and singing quietly because my family was all asleep in nearby rooms. Even now that the song has come out of the studio with powerful production and all the bells and whistles, when I listen to it I hear that late night conversation at the piano and remember how God whispered this reminder to me that he's in it for the long haul. He's not fed up and he's not giving up on me. When the whole world walks away, he's the God who stays. 'I'll never let you down, never walk off and leave you' (Hebrews 13:5 MSG)."