Track off the forthcoming album by MAE released 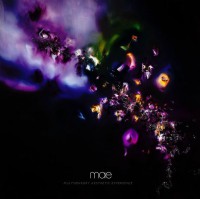 THE AMERICAN rock band Multisensory Aesthetic Experience, more commonly known as MAE, have released the track "The Overview" from their highly anticipated self-titled album to be released on 30th November by Tooth & Nail Records. Said the band's founding member and drummer Jacob Marshall, "Inspiration for part of 'The Overview' story started during a visit to the Syrian border. Behind us we could hear the sounds of gunshots going off between the rival camps of Hamas, Isis and Al Qaeda. In front of us was the most beautiful sunset I've ever seen. It's hard to hold the world's beauty and the world's pain at the same time. I was reminded of the gift of simply being with humans that bring life into my story. In spite of all the darkness swirling around us, we make light when we are together. I used to think God was above us, but now I find that God exists between us."

For more on MAE visit the MAE artist profile