2nd March release for 'I Can Only Imagine: The Very Best Of MercyMe' 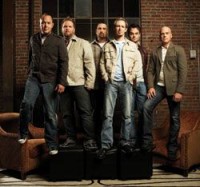 CELEBRATING the upcoming global release of the I Can Only Imagine movie a compilation 'I Can Only Imagine: The Very Best Of MercyMe' is being released in the UK through Authentic Media on 2nd March. The 13-song collection of the band's most popular songs features a special version of the title track made for the movie titled "I Can Only Imagine (The Movie Session)". Said MercyMe's front man Bart Millard, "We are so excited to get to share this new version of 'I Can Only Imagine' with everyone. The song has meant a lot to me over the years and it really came out of a difficult season. It brought me a lost of hope but there has always been something very melancholy about the song in the way that it was recorded before. Getting to do it over this time around, I really felt like it would be awesome to shape it in a more celebratory tone, where it conveys us rejoicing in the fact that we don't have to imagine much longer. It has this cinematic and whimsical feel about it and it really fits with how I see the song today differently from when I first wrote it."

The compilation is also being released in a Deluxe Version which as well as the Movie Session version of the song includes the rendition from their three-million selling album 'Almost There' and a symphonic version recorded with the London Session Orchestra.

For more on MercyMe visit the MercyMe artist profile