These Are Better Days 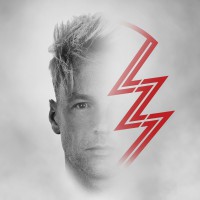 THE BRITISH dance music group LZ7 have released the first half of a two part album, 'These Are Better Days'. The second half will be released later this year.