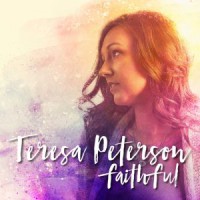 A WORSHIP leader, speaker and singer/songwriter based in Philadelphia, Teresa Peterson, has released a five-song EP. 'Faithful' was produced by Robert Venable (Twenty One Pilots, Kelly Clarkson) and Jake Jones (As We Ascend, We As Human). Teresa has previously released the EPs 'Say Something' (2008) and 'Freely Fully' (2015).