This Is A Move

Brandon Lake releases "This Is A Move" single through Bethel Music 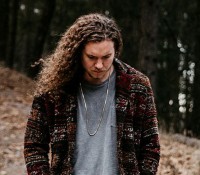 SOUTH CAROLINA-based worship leader Brandon Lake has released the track "This Is A Move" which, as a press release reports, "marks his entrance as the newest member of the Bethel Music family." The song was co-written with Tasha Cobbs Leonard, Tony Brown and Nate Moore. Read the press release, "The origins of the song are personal to Lake as they stem from his friend Micah's miraculous healing from a rare form of Multiple Sclerosis. The song found early support when Cobbs Leonard released it earlier this year." Lake is based at Seacoast Church, which serves congregations throughout North and South Carolina.