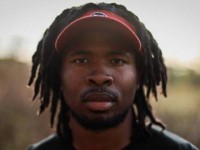 TENNESSEE-based rapper nobigdyl, who in June will be undertaking a tour of the US with Mogli The Iceberg and WHATUPRG, has released a single. "Twenty Eighteen" was issued on 27th April.

For more on Nobigdyl visit the Nobigdyl artist profile