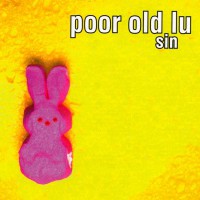 THE CALIFORNIAN alternative rock band Poor Old Lu are to have their 1994 album 'Sin' re-issued on vinyl. If their Kickstarter campaign reaches its intended target the vinyl release will be upgraded to a double vinyl with bonus tracks. Poor Old Lu enjoyed the Cross Rhythms radio hits in 1995 with "Slipknot" and 1996 with "Chance For The Chancers".