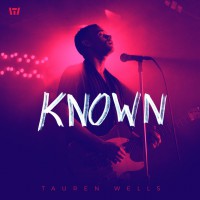 HOUSTON, Texas-based pop hitmaker Tauren Wells has released a single, "Known (Music Video Version)". The song was first released on Well's Grammy-nominated debut solo album, 'Hills And Valleys'. Speaking of the track Wells said, "This feels like the most important song I've written to date. Every lyric matters. I hope this truth sinks into your soul."