You Know Me Better

Stars Go Dim have released the single "You Know Me Better" 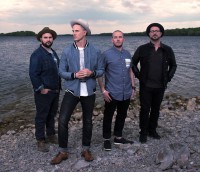 OKLAHOMA-based pop rock band Stars Go Dim have issued the single "You Know Me Better". The Curb Records group have previously released this year the singles "Never Enough", "I Look To You" and "Pieces".