According to Simon Dillon

OK, so it's not quite the end of the year yet, but unless Baz Luhrmann pulls a rabbit out of the hat and stuns me with Australia, these are the best films I have seen this year, in no particular order of merit. To qualify, films need to have been released in UK cinemas between the 1st of January and the 31st of December 2008. 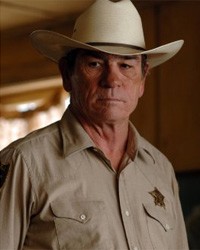 No Country for Old Men:

Summary: The Coen Brothers return to Blood Simple territory and lose their faith in humanity.

What I said at the time: "An unremittingly bleak, nihilistic experience, tempered by a rich vein of dark humour. If you can take the bloody violence and are prepared for a very dark view of human existence, this couldn't be more highly recommended."

Afterthought: On a second viewing, the pitch black humour seemed even more prominent. 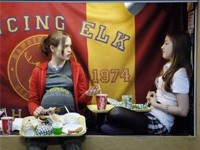 Summary: Pregnant sixteen year old decides not to have an abortion because her baby already has fingernails.

What I said at the time: "An extraordinarily entertaining and persausive pro-life statement by default."

Afterthought: An uplifting, often hilarious gem of a film that is, I believe, prophetically significant in reflecting how views on abortion have shifted, albeit just a little, amongst young people.

What I said at the time: "Essential viewing for anyone with a serious interest in cinema, and given the humour, drama and sadness contained herein, it is difficult to imagine any sensible person coming away unaffected."

Afterthought: Despite presenting secular humanism as an answer to the world's problems, this remains a fascinating and genuinely moving film.

having not seen some of the films on the list i agree with peter that the dark knight should have been included.

juno and Son of Rambow are definatly worthy inclusions.

Sorry, but i refuse to accept a top films of 2008 list that doesn't include The Dark Knight