A Pandemic Of The Heart

Steve Maltz encourages us to love and pray for our enemies 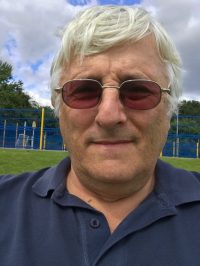 May 25th 2020. Mark the date. It was the day that George Floyd was brutally killed in full view of the world. It sparked off the resurrection of a previously discredited group, Black Lives matter, riots across the USA and other countries, where people died, property destroyed, shops looted, where vandalism was committed against national institutions. A powder keg was lit and it still hasn't gone out.

A week earlier a teenager's death in a motor bike accident led to riots in Paris as cars were set ablaze. Three years ago, there was a riot in Hackney after the death of a young man after a police chase. Cars and lorries were overturned as a mob ran rampage. Two years ago, the Eiffel Tower in Paris had to be closed as anti-government protesters took to the streets. Four were killed and 90,000 policemen were deployed. Three years ago, twenty-six were killed in political protests in Venezuela. I could write a small book detailing such incidents just from the last 5 years.

Here are two more dates, June 23rd 2016 and November 9th 2016. The first was the vote for Brexit in the European Referendum, the second was when Donald Trump won his election to be president. Both events created great turmoil in society.

One thing that connected all of the above: hatred. Sheer unbridled hatred; sometimes hatred without any substance behind it. Hatred - it's one of the key drivers of today's society. Our politically correct culture encourages emotionalism rather than facts and figures or truth. Our media know the power of a provocative image or video if they want to get us worked up over a cause. The Palestinian leadership have been past masters of it, with fake photos leaked to the western press because they knew it would stoke up sympathy for themselves and hatred for their enemy, the Israelis.

But what of us Christians? How can we stay immune from all of this? If we have TV, the web, radio, newspapers, then we can be drawn into the emotions that drive our society. But this is not our world, we live in God's kingdom, we need to stay separate:

Jesus said, "My kingdom is not of this world. If it were, my servants would fight to prevent my arrest by the Jewish leaders. But now my kingdom is from another place." (John 18:36)

Yet it's hard. All of us have probably succumbed to negative feelings towards another people group or religion, or to individuals who have wronged us, from just disdaining them, to all out hatred. We have to be honest, I've succumbed, we all have, whether it's when we've come across racism or anti-Semitism or when we read the story of that German paedophile in the Madeleine McCann case - is there such thing as justifiable hatred, or holy hatred?

What does the Word of God say?

Of course, we should hate evil - God, Himself does. We hate injustice, racism, violence, persecution - we hate it when God Himself is defamed - the more we become like Him, the more we will hate what He hates:

"There are six things the LORD hates, seven that are detestable to him: haughty eyes, a lying tongue, hands that shed innocent blood, a heart that devises wicked schemes, feet that are quick to rush into evil, a false witness who pours out lies and a person who stirs up conflict in the community." (Proverbs 6:16-19)

This is all understandable as sometimes - especially in our current culture - it is easier to hate than to love. Just read a daily paper from cover to cover and then examine your heart - it is likely to be full of hate or disdain rather than love.

This can't be right! After all we are meant to be part of God's Kingdom, different to the world, making Jesus attractive to others through our words and actions.

"But Jonah ran away from the LORD and headed for Tarshish." (Jonah 1:3)

He ran away because he refused to preach to the wicked people of Nineveh. He would rather God judged them than have mercy over them. Jonah's hatred for them declared that they did not deserve salvation.

He was right - because none of us do and only by God's grace does He save us, however hateful or wicked we are!

Examine your hearts. We all have a bit of Jonah in us. It can come in degrees.

God wants us to be in harmony with fellow believers.

"But I tell you that anyone who is angry with a brother or sister will be subject to judgement." (Matthew 5:22)

Otherwise we can be in a very bad place.

"Anyone who claims to be in the light but hates a brother or sister is still in the darkness." (1 John 2:9)

But here's the hardest thing of all: "You have heard that it was said, 'Love your neighbour and hate your enemy.' But I tell you, love your enemies and pray for those who persecute you, that you may be children of your Father in heaven. He causes his sun to rise on the evil and the good and sends rain on the righteous and the unrighteous. If you love those who love you, what reward will you get? Are not even the tax collectors doing that? And if you greet only your own people, what are you doing more than others? Do not even pagans do that? Be perfect, therefore, as your heavenly Father is perfect." (Matthew 5:43-48)

To be honest we Christians are not always known for our love, more so if we get caught up with the endless protests that are sweeping through society and owe their origins to a well-documented plan to destabilise society and distract us away from the positive and towards the negative - rioting, violence, verbal and bodily attacks etc.

We must stay separate. Too many Christians are being sucked into this and it's not healthy because we should be setting the agenda, not reacting to the world's agenda. Racism is not going to end and remember anti-Semitism is part of this but 'Jewish Lives Matter' has never, or will never, be an acceptable slogan. Racism won't end, or any state of mind that diminishes other people - including misogyny and homophobia for instance - until the Prince of Peace lives in our hearts. Jesus is the only answer. Not toppling statues, or worthy rhetoric. We should be proclaiming Jesus, not attacking each other in words and actions. Love your enemies and pray for those who persecute you.

We must pray for the racists and paedophiles out there, equally for those who have been hurt by them - not just for peace, but for their salvation. How many people are praying for the soul of Derek Chauvin (the policeman in Minneapolis) or Christian B (The German paedophile)? How many who love Israel pray for Jeremy Corbin or Stephen Sizer?

Hatred is poisonous and can total destroy our witness to the world and just add to the negative stereotypes of Christians, more known for hating the sin than loving the sinner!

"Make every effort to live in peace with everyone and to be holy; without holiness no one will see the Lord. See to it that no one falls short of the grace of God and that no bitter root grows up to cause trouble and defile many." (Hebrews 12:14-15)

Now's a good time to stop and think and ask God to bring to mind any bitter roots we may have, then dealing with them.