A Slavery And Human Trafficking Review 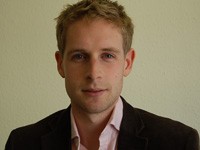 According to Stop The Traffik 2-4 million men, women and children are trafficked across borders and within their own country every year. More than one person is trafficked across borders every minute. Shockingly it often occurs when family members and friends deceive parents to release their children or sell them for as little as $20 each, selling them on to local gang masters or serious organised international trafficking rings. One estimate is that at least 6,000 women and children have also been trafficked into the UK and forced into prostitution.

A charity set up to disrupt and challenge human trafficking at all levels is Unseen UK and according to Andrew Wallace, Director of the charity, 'There's nowhere that's exempt from the tentacles of slavery. Whether you live in a town, village or city, you're probably not that far removed from slavery in the UK'.

Currently Unseen UK are focussing on those who are coming out of sexual exploitation and living with the consequences of their ordeal. Andrew is also chairing the Slavery and Human Trafficking Review that was launched on 14th June and will publish its findings next autumn. The review hopes to shed some light on how much of a problem slavery really is in the UK, with the aim of transforming Britain into a beacon of anti-slavery practice across Europe and the wider world.

Christian Guy from the Centre for Social Justice, the Think Tank behind this review, is concerned that although the numbers are appalling, they aren't the only thing we need to think about when approaching the issue, 'The debate about numbers can be a slight distraction. It is vital, it is important that we know what the scale of the problem is, but one person is one too many and yes we want to look at the numbers; but more than that we need to look at the reality for the people locked in this tragedy'.

When we hear the term human trafficking, we may automatically think of people being smuggled into the country from outside, but Christian refutes this idea, 'This isn't just an immigration problem, there's evidence now of young UK girls that are being trafficked around the UK so this isn't just a problem that's flooding through the borders. This is a home grown issue too'. 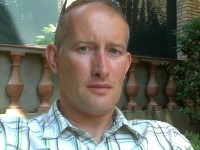 Andrew confirms this thinking, 'In terms of the split between what is called internal trafficking and other human trafficking, it isn't necessarily recognised by the authorities when they come across it and also the issue of under-reporting comes into play as well. In terms of internal trafficking you've had Operation Retriever in Derby and you've had cases in Blackpool, Manchester, Rochdale and Telford where you've had young, white British girls being trafficked by the Pakistani Asian community internally and a lot of the time it's just been recognised as grooming or sexual exploitation. It's only now, that once you make people aware of what the issues are around enslavement that they are acknowledging that it is enslavement'.

Christian builds on this idea, 'One of the things you want is to get slightly beyond the use of the phrase human trafficking, because it describes a process in which slavery can flourish through the trafficking of people across international borders or within national borders. We want to call it slavery, because that is what this is and human trafficking has become a slightly depersonalised term, it softens the reality of what's going on. When you identify this for what it is, which is slavery, it brings home the truth of what is happening in 21st century society.

Andrew is confident it is a problem that can be overcome though, 'If you're going to tackle slavery you need both government, NGO's, statutory authorities, business, media and society as a whole all working together in a co-ordinated fashion. It is too big an issue for either government to deal with it on its own or NGO's.'

The review will cover the causes of slavery, support and aftercare and identification, training and enforcement and according to Andrew it will, 'Look at the fact that slavery isn't a problem that was dealt with 200 years ago, but actually it's a problem now in the UK and across the globe in our cities and towns.'

'This is CSJ beginning a piece of work that looks to expose the reality of slavery around the UK and internationally. Specifically, it's going to look at a number of areas. One is domestic servitude and how a number of people are being trafficked into the UK and forced to work behind closed doors in terrible conditions, as servants really, illegally. Secondly, it is going to look at forced labour and the number of people who are coming into the UK on the promise of legitimate employment and a better future, but are being forced into work in terrible conditions, whether it's children being forced into cannabis farms and living in terrible poverty, or whether it's the high profile case of the cockle pickers over in Morecambe Bay, the 23 that were killed that day and the gangs that were trafficking them in. Thirdly we're going to look at sexual exploitation and the nature of that within the UK; the young girls being brought in on the promise of a better life and good employment and then being forced into prostitution in brothels all over the country.'

'Wherever the tentacles of slavery are spread we're going to try to address those issues and ultimately bring out a policy which says, this is the situation and this is how we think that the UK should best tackle the issue of slavery; not only in terms of legislation and prosecution but also after-care. We want to see the UK become the gold standard worldwide for dealing with the issue of slavery.'

The opinions expressed in this article are not necessarily those held by Cross Rhythms. Any expressed views were accurate at the time of publishing but may or may not reflect the views of the individuals concerned at a later date.
About Rebecca Duffett

View all articles by Rebecca Duffett

Thorough, well-written, balanced article Rebecca, thank you. Re-blogging on our side of the Pond.
Jacqueline Zimowski
nohumantrafficking.org