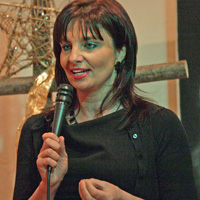 This Easter weekend has seen a huge amount of media coverage on the Human Fertilisation and Embryology Bill.

Gordon Brown has bowed to the pressure to allow a free vote. Speaking at the launch of Labour's local election campaign, Gordon Brown has said Labour MPs "will have a free vote on three controversial parts of the Bill - IVF research, saviour siblings and Admix embryos" - the creation of animal - human hybrid embryos. He said "the measures were of huge importance, but added that he respected the ethical issues involved for some."

Confusingly, however, the Prime Minister said: ""if the three bits are backed by MPs", he expects all Labour MPs to vote in favour when there is the final vote on the whole Bill. It is difficult to understand what this will actually mean in practice. Andrew Lansley MP, Conservative Health Secretary, responded to Gordon Brown's comments by saying it is unclear whether Labour MPs will be given a free vote and that Gordon Brown is 'still dithering' on the issue.

Gordon Brown said: "I do believe that in stem cell research we have the power in the future to treat and to cure some of the diseases that have afflicted mankind for centuries."

Embryonic stem cell research "holds the key" to advances in the treatment of Alzheimer's, Parkinson, cancer and heart disease, he said.

"I have always said that although I attach huge importance to this legislation - to save lives and helping to cure and treat diseases - we respect the consciences of every Member of Parliament as they decide how to cast their vote on this," he said.

"But the Bill itself cannot be subject to a free vote because there are so many other changes that I believe are necessary as part of building up the research framework of our country and, of course, creating the right ethical framework for the development of embryo research."

It is vital we continue to apply pressure on Gordon Brown by writing to him on all aspects of this Bill. This weekend the Catholic Cardinals courageously spoke out on the Bill. It is vital that we show MPs that this is an issue for all Christians of every denomination and indeed for many people of no faith.

The most concerning deceit perpetuated by political and scientific proponents of this Bill is that it will permit the science that will find cures to killer diseases. It is as if they are saying that anyone who opposes the Bill is against scientific advancement and finding cures for these genetic disorders. Scientists claim that the protesters are irresponsibly scaremongering. Lord Winston, Scientist, Labour Peer and a leading proponent of the Bill, said of Cardinal O' Brien's comments 'His statements are lying, they are misleading and I'm afraid when the Church, for good motives, tells untruths it brings discredit upon itself.' The untruth is the other way around. Since 1990 when Parliament last decided the law on embryos, experimentation has been allowed for up to 14 days on the human embryo. In that time there has not been a single cure discovered. Lord Alton made this clear in his various speeches during the passage of the Bill in the House of Lords 'so far all the scientific developments in terms of existing therapies have been achieved through adult stem cells - nearly 80 worldwide, with some 350 clinical trials under way using stem cells. There is not a single therapy, as my noble friend Lord Walton confirmed, anywhere in the world - maybe there will be, but there is not now - that uses embryonic stem cells. One of the reasons for that is often rejection. The beauty of adult stem cells is that they are taken from the patient themselves; that is why many hold that they will be the cells used in therapies in the future rather than for experimental purposes, which is what the Bill permits.'

'The Bill is therefore utterly wrong to allow licences to be granted to create true hybrids.'

'To pretend that the creation of hybrid embryos from animal eggs will offer a desperate patient with motor neurone disease their only hope of a cure, as was prominently asserted earlier this year, is perpetrating yet another piece of fiction which does no service to the seriously ill.'

Williams Rees-Mogg, a journalist and Member of the House of Lords says:' This was my second Embryology Bill. The first became law in 1990. I have some memory of those debates in the House of Lords in which there was broad agreement that cloning of an animal-human cell would be intolerable. The 1990 Act forbids it.'

In the House of Lords debates it became crystal clear that the Government is doing nothing less than redefining a human being. In a remarkably revealing admission, The Government Health Minister, Lord Darzi, said that, after some thought, the Government had decided that the hybrids in question were 'at the human end of the spectrum'. Melanie Phillips, a journalist comments 'It appears that an animal/human hybrid embryo can be said to be more human or less depending on the proportion of animal material in the mix, like a Delia Smith recipe.'

The other deceit being pushed out by proponents of the Bill is that the embryos would be mainly human so anyone objecting is overreacting because it is not about the creation of hybrid monsters. The Bill does, in fact, allow for various types of hybrids one of which is a true hybrid where a human egg is fertilised by an animal sperm or vice versa.

Thank you for good music.

Fortunately, this kind of outcry happens every few years and never succeeds.

GM, cloning or even that the Earth goes round the Sun.. relgion always opposes, and forunately, today, doesn't have the strength to oppose for very long.

Soon there will be no religious voice, and the fantasy God will be relegated to the mythological graveyard along with all the other gods mankind has fervently believed in, such as Zeus.

Fortunately there's enough media attention on this to make religion look really stupid. Which is fair, because it is.