Childlike Love At The Laundromat 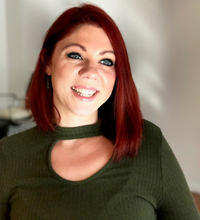 Laundry is not my favourite task to do whilst living in New York. Ordinarily I don't actually mind it that much; there is a great sense of accomplishment in removing a pile of dirty, used clothing and later replenishing wardrobes and drawers with fresh, crisp and clean linens. The fact that one of the most popular candle scents is 'fresh linen' is a testament to the fact that I can't be the only one who loves that feeling or smell!

In New York however, it's not always as simple as going to a different room in the house in order to clean everything. I realise, even as I am writing these thoughts down, how Westernised and comfortable that statement sounds. The reality that there are millions of people worldwide who have no access to a washing machine or the means to clean their belongings in safety and ease just came crashing into my consciousness. The closest thing I experienced to this was when I lived in Brazil 6 years ago and had to hand wash everything using a washing board and pump. It was a new washing practice for me, but also hardly what I would call uncomfortable when I let my mind wander to images and stories that I have heard from poorer locations around the world.

It is the mundane, everyday human tasks that can be the common denominator, which unite strangers in seconds. Standing in the cold waiting for a bus that appears to have forgotten its schedule; crammed underneath someone's armpit in an overcrowded train carriage; waiting in line for the bathroom at Starbucks while someone takes their very sweet time in the only toilet. For all of our times of introverted preferences, desires for personal space and keeping people at arm's length so they don't break our boundaries protocol, we will often be very quick to relate to another stranger over our basic, common needs. The laundromat is one such place that buzzes with simple moments of human connection triggered by a lost sock, the need for more quarters, or the request to be the next person to use a dryer.

I was sat in one of the many red plastic chairs that faced the rows of large, industrial sized washing machines, trying my best not to fall asleep as drowsiness started to overwhelm my eyes. I held my current book of choice in front of me trying to make progress from paragraph to paragraph. My eyes snapped back open as a grandmother and her young granddaughter appeared and began filling up the empty machines next to me. The young girl turned around, completely in her own world of sunshine and rainbows, and fixed her big brown eyes on me immediately engaging me with a beautiful smile. There was no fear, awkwardness or intimidation in her round three year-old face as she began to talk to me, sat down on the adjoining seat and showed me her magic trick of making a quarter disappear and reappear over and over again.

Children amaze and bless me so much. Their innocence and freedom bless my heart in profound ways when I have the privilege of being on the receiving end of their attention. Little Skylar impacted me immensely on this previously average washing day. For an hour we played together in the laundromat whilst her grandmother took care of their laundry and my clothes span round and round in the dryer. Every minute that passed she gained a little more room and access to my heart.

For the most part, children at the age of three have not learnt to bury their emotions or engage the self-protective strategies that we seem to excel in as adults, so everything that they experience is processed externally and usually with or towards whichever adult is nearest. As Skylar became more and more excited by our laundry games, little squeals of joy began to escape her lips and the thrill of new friendship sent her running round the table on her chubby little legs, much to the unamusement of her grandmother. In a moment of frustration, the grandmother declared it was time for the naughty seat and plonked Skylar down next to me, scolding her and telling her she couldn't move for the next hour. Skylar's eyes filled with tears, her bottom lip quivering uncontrollably as she struggled with her inward desire to protest and the feeling of shame that comes with public admonishment. As I watched, I bore witness to the sudden transformation in Skylar's countenance. She went from being carefree and happy, untainted by worries or fears, to shrinking under the oppressive weight of shame. It was such a visible display of something I have felt and gone through many many times. It was both fascinating and painful to watch. I wanted to see her restored again, pouring out love to everyone that came into her path.

After a little while she was once again allowed to play and she gleefully wriggled free of her seat to play tag with me. I was completely enamoured by this child who without question or reason had attached herself to me and just wanted to be in my presence, doing whatever it was that I was doing. Eventually my laundry was clean, dry and folded and it was time for me to lug it home again. I turned to the precious little girl and told her that it was time for me to go. Without missing a beat, Skylar looked up at me with her gorgeous brown eyes, 'But Joy, I want to play with you. You're my best friend and I love you.'

My heart melted. Only with a three year old whose heart is so free and abandoned in love could I be embraced so quickly and given such a secure place in her heart. I was honestly stunned and undone all at once. And this is the posture that we are called to live in and love by, like that of a child.

'For an answer Jesus called over a child, whom he stood in the middle of the room, and said, "Whoever becomes simple and elemental again, like this child, will rank high in God's kingdom. What's more, when you receive the childlike on my account, it's the same as receiving me."' Matthew 18:2-5 (MSG)

The opinions expressed in this article are not necessarily those held by Cross Rhythms. Any expressed views were accurate at the time of publishing but may or may not reflect the views of the individuals concerned at a later date.
About Joy Attmore

Joy is originally from England and now lives between Los Angeles and New York with her husband, Phillip. She is the founder of the Beauty For Ashes Movement, which has begun in NY, and works with those that have been sexually exploited through the sex trade. Joy and Phillip are also heavily involved in the Broadway community and entertainment industry due to Phillipâs work. You can buy Joy's book Broken By Beauty from Cross Rhythms Direct.

View all articles by Joy Attmore

This is so like Joy. Compassionate, affectionate and loves everyone. Her love for the broken emulates God's love wherever she goes.