JJ Heller on tearing down the fences we've built around our hearts and turning them into bridges. 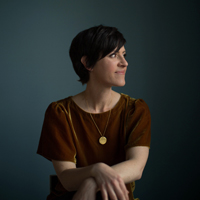 When I was in college, I went on a missions trip with a small group of students. We had several get-to-know-you meetings before we embarked on our journey and I had an easy time getting along with everyone in the group. Everyone except for one person who drove me absolutely insane. We'll call him Ryan.

It seemed like Ryan had an opinion about everyone and everything. He would challenge our team leader, constantly talk about his hurt feelings and create drama in general. I like most people, but honestly, I did not like him. So I built a fence around my heart to keep him out.

A few days before we left on the trip, I told God in my prayer journal that I didn't know what I was going to do about Ryan. I felt like God responded by telling me two things: first, apologize to Ryan about having a bad attitude, and second, pray and ask God to help me to not just tolerate Ryan, but love him.

I reluctantly did the first part by writing a note then and there to Ryan, asking for his forgiveness. I gave it to him later that day and he responded with kindness and generosity. But the second part. the actually loving him part. was asking for a miracle. But I kept asking for that miracle and God granted it.

Over the course of our trip together, I found myself feeling an irrational affection toward this person I would otherwise avoid. The more time I spent with him, the more I learned about his story and the events and experiences that made him the person he was.

Here's the crazy thing. If it wasn't for Ryan, I don't know if I would be creating music right now. There was an unforgettable moment on our trip when I was singing while washing dishes. I was surprised and unsettled when my whole team gathered around to listen. I started to feel self-conscious and said, "Wow, guys. I didn't think my voice was anything special." Ryan responded and said, "Are you kidding? I'd pay money to hear you sing."

That one moment planted a curiosity in my heart. Was my voice really something worth sharing? Ryan gave me courage to find out.

Even though he was different than me. Even though he drove me crazy at times. God used him to alter the course of my life. It makes me wonder what would happen if we all made a habit of asking God to fill us with love for the people in our lives we don't understand. What if we start tearing down the fences we've built around our hearts and turned them into bridges instead? No matter what happens next, I'm sure it will be beautiful.

The opinions expressed in this article are not necessarily those held by Cross Rhythms. Any expressed views were accurate at the time of publishing but may or may not reflect the views of the individuals concerned at a later date.
About JJ Heller

JJ Heller is a singer/songwriter on a mission to breathe peace, life, and hope into the lives of her listeners. She lives in Nashville, TN with her husband, and two girls (Lucy and Nora). She loves dark chocolate, coffee, and romantic comedies. www.jjheller.com

View all articles by JJ Heller